Nearly one and a half million “word gaps” arise between children who listen to the story and those who do not.

By the age of five, children whose parents read five books a day to them hear about 1.4 million more words than those whose parents never read a story, researchers at the University of Ohio have found. This more than “one million word gap” is key to developing children’s vocabulary and reading skills. 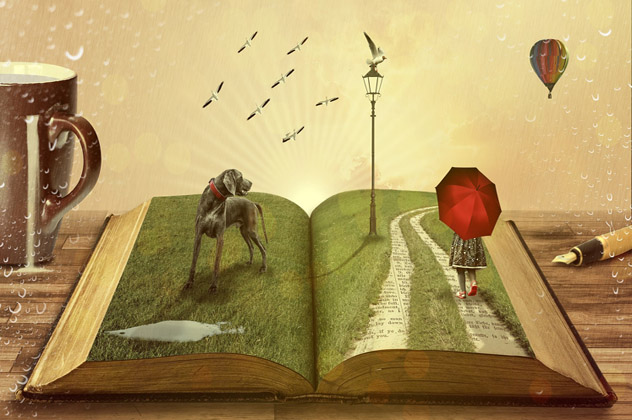 Children who read only one book a day hear about 290,000 more words by the age of five than those whose parents or caregivers do not read to them regularly, according to a study published in the online edition of the Journal of Developmental and Behavioral Pediatrics.

“Children who learn more words from the vocabulary will be better prepared to see those words in print when they get to school. These children develop reading skills faster and easier, ”explained Jessica Logan, assistant professor and lead author of the study. The idea for the research stemmed from an earlier study that showed that a quarter of American children had never read a fairy tale, and another quarter of them very rarely, once or twice a week. The researchers collaborated with the Columbus City Library, whose staff identified the 100 most popular children’s books among young and preschoolers. The researchers selected 30 to 30 books from the two age groups and simply counted how many words there were in them. The leaflets contained an average of 140 words, the children’s picture books 228. From this, they calculated the vocabulary that children could learn from birth to the age of five, assuming they read leaflets to them until the age of three, then picture books, and their parents read them a book each time they tell a story. According to their calculations, children who do not read their parents know 4662 words, those who study a story once or twice a week 63,570, those who study a story 3-5 times a week 169,520, those who read daily 296,660 and 1 483,300 words for those who read five times a day. “It’s not about everyday communication. The words they learn from books are much more complex, intricate words than the ones they learn by talking to parents, ”the researcher explained. A children’s book can talk about Antarctic penguins, introducing them to words and concepts that don’t come up in everyday conversation. And those words can be especially important in learning to read, ”Logant was quoted as saying on the Science Daily science website.